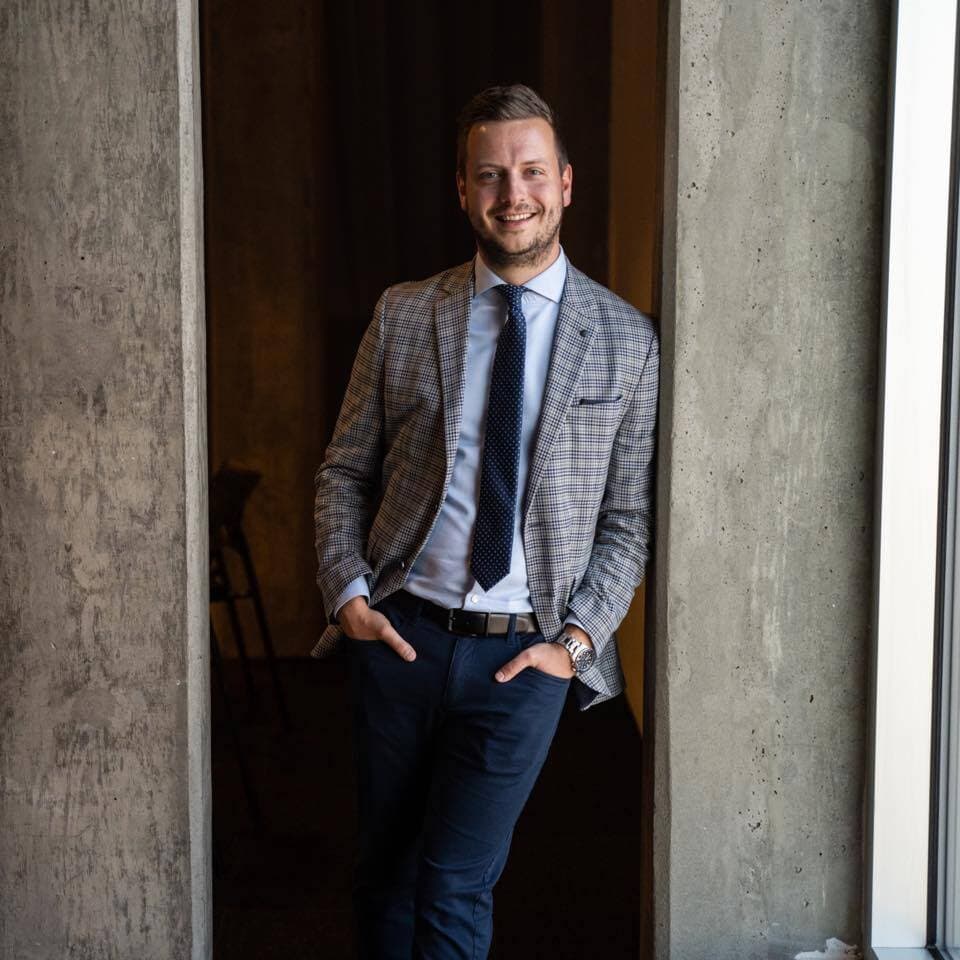 With the support of the MUHC, Hugo Perrin doesn’t let a life-threatening heart arrhythmia slow him down

He was at a bar celebrating when his heart began racing. The rapid beating would not slow, and Hugo found himself in an ambulance en route to the McGill University Health Centre (MUHC).

“It was really, really scary. I didn’t know what was going to happen,” says Hugo. “When I got to the hospital, the staff was so supportive. They comforted me.”

To slow his racing pulse, the cardiology team had to stop and restart his heart over and over again.

Hugo was placed under the care of cardiologist of Dr. Vidal Essebag, who diagnosed him with a form of arrhythmia called tachycardia—a problem with the heart’s electrical system characterized by a very fast heart rate. Hugo was floored. He was young and fit—a hockey referee scouted for the provincial team. He had no idea something like this could happen to someone so young.

“Having heart problem is something that you think will happen when you are 80 years old,” says Hugo.

The diagnosis was anxiety-inducing, but Dr. Essebag and the cardiology team at the MUHC were quick to offer Hugo support. He and Dr. Essebag built rapport quickly, and Hugo takes great comfort in the compassionate, expert care he receives at the MUHC.

“The staff at the MUHC made me feel a lot better about facing my heart condition,” says Hugo.

Despite treatment and regular visits to the MUHC, Hugo’s first cardiac episode was far from his last. A few years later, his tachycardia flared up while he was on the ice refereeing hockey. This time, he underwent a procedure to try to curb the life-threatening problem.

The procedure involved inserting a catheter—a long, flexible tube tipped with specialized equipment—into a vein in his groin and threading it up into his heart. Dr. Essebag then used a technique called ablation to destroy a faulty electrical pathway in Hugo’s heart that was contributing to his tachycardia. Ablation uses either heat or extreme cold to create tiny scars in the heart that block abnormal electrical signals.

“I thought that I was going to be sleeping the whole time, but I was awake. I was talking with Dr. Essebag throughout the whole surgery,” says Hugo. “He was in my heart and we were talking about the Montreal Canadiens.”

Electrophysiology is the branch of cardiology that treats arrhythmias and other problems with the heart’s electrical system. The MUHC Glen site is home to numerous experts in this field, including Dr. Essebag, but lacks a dedicated centre in which arrhythmia-correcting procedures can be performed. Currently, patients must be transferred elsewhere to receive this lifesaving care, and limited centres means longer wait times.

To address this shortfall, the MUHC Foundation is fundraising to create the Electrophysiology Centre of Excellence. This new state-of-the-art centre will be equipped for a wide variety of procedures, allowing heart patients to receive the care they need on-site. For patients like Hugo, an electrophysiology lab at the Glen site would be a lifeline. Especially since his condition is lifelong.

“Four years after that first procedure, the arrhythmia came back,” says Hugo. “But it’s not a new arrhythmia, so that’s good news.”

Today, Hugo is 28-years-old and a successful business owner. His company, cVert, operates across Quebec and employs over 100 people. Though he still lives with an arrhythmia, he has confidence in his physicians, nurses and care staff at the MUHC.

“Dr. Essebag told me that 20 years ago the procedure I had was impossible because the tools were not yet invented,” says Hugo.

Understanding that he is still alive today thanks to innovative research, which is often funded by philanthropy, Hugo is sharing his story with the hope that it will inspire donations toward building the Electrophysiology Centre of Excellence at the MUHC Glen site.

“Philanthropy enables innovative research to invent new procedures like the one that saved my life. I want to give back,” says Hugo.

To learn more about the Electrophysiology Centre of Excellence and to donate, click here.